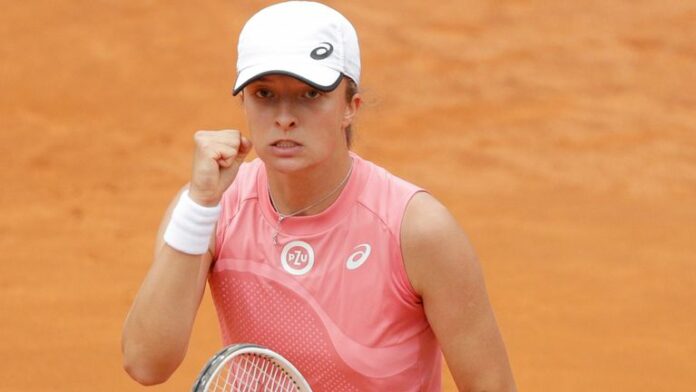 With the French Open on the horizon at the end of the month, the European clay court swing of the WTA Tour is very much in full swing. Having won the last 4 tournaments on the WTA Tour, Iga Swiatek is the undisputed world number one, and she is the player the rest of the field will all be out to get at here. The WTA Mutua Madrid Open is often a very strong indicator of where everybody is at on the clay ahead of the French Open and it promises to be a fascinating few days of tennis in the Spanish capital.

With some of the best players in the world in action, it promises to be a week of high-quality tennis at Madrid.

Here are some our tips for the title in Spain this week:

Iga Swiatek – 14/10 – World number one Iga Swiatek has kicked on since winning her maiden Grand Slam at the French Open in 2020 and is now the undisputed number one player in the world. She stormed to victory in her last 4 events (Qatar, Miami, Indian Wells and Stuttgart) and with her past performances on clay, she is the person to beat this week.

Simona Halep – 7/1 – Two-time Grand Slam champion Simona Halep continues to battle away on the WTA Tour and her experience at this level could prove invaluable this week. Clay court tennis has always been one of her strongest suits and she is very capable of prevailing in a field as open as this.

Paola Badosa – 13/1 – Spaniard Paola Badosa is operating at her highest ever world ranking, and she has emerged as one of the key contenders in every WTA Tour event she plays. Home support and clay courts will certainly suit her game and she sneak under the radar somewhat here.

Maria Sakkari – 15/1 – Greek superstar Maria Sakkari is seeded 4h at this event in Madrid and should come into the tournament refreshed. Her game is made for clay court tennis, and she has come on leaps and bounds at this level in 2021 and should she pick up some solid opening round wins, she could be difficult to stop.

Aryna Sabalenka – 15/1 World number five Aryna Sabalenka is the one of the highest ranked players in the draw and she will be looking to find some form ahead of the French Open. Sabalenka hasn’t been in the best of form of late, but she could enjoy playing without pressure in Madrid this week.

Naomi Osaka – 16/1 – Having endured a tough 12 months or so, Naomi Osaka will be keen to let her tennis do the talking as she arrives in Madrid. Clay is certainly not her favourite surface, but she has been showing signs of her best tennis in recent weeks and nobody will want to play against her.

Cori Gauff – 25/1 – It is hard to believe that teen sensation Cori Gauff is still only 18 years of age and her place at the top of the game looks guaranteed moving forward. Each event she plays is a relative stepping stone in her career and cutting her teeth on the European clay here in Madrid could give her a good chance to put ranking points on the board.