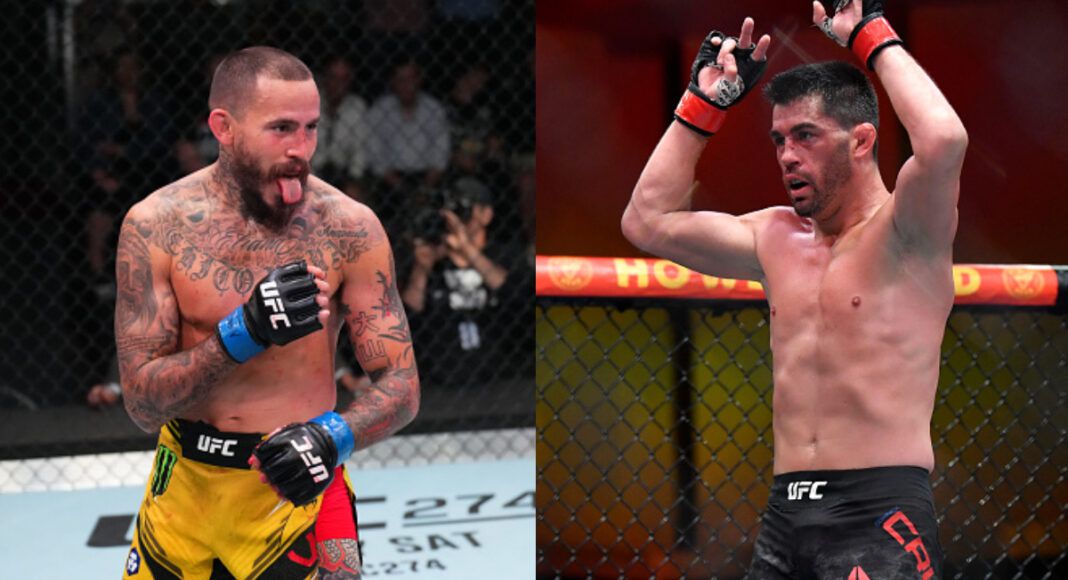 Marlon Vera and Dominick Cruz clash in the UFC on ESPN 41 headliner. The event takes place in San Diego, California, and it is the top MMA happening in the week ahead of us. Vera is one powerful and aggressive fighter who has enormous talent. Many believe that this guy has the potential to win the bantamweight title. Cruz was already a champion on two occasions, but it appears that it isn’t enough for the veteran who wants to claim the throne one more time. In order to be in the title mix, Cruz needs to win this one.

El Chito won three times in a row before this battle. He was better than Davey grant, then Frankie Edgar (fantastic KO via front kick), and against Rob Font. For these successes, the Ecuadorian won the Fight of the Night bonuses each time.

Vera is only 29 years old, which is not too much for the MMA and UFC standards. We all know that the prime for fighters is beyond their 30th birthday, so that’s why many analysts believe that he still has room for improvement and growth. Vera is an all-around finisher, with seven KOs, eight submissions, and winning four bouts via decision. All seven of his losses were via the judge’s decision.

An aggressive and robust hitter who mixes punches and leg kicks often but also knows to work well on the mat. His chin was properly tested throughout his career, and may we add that Vera can absorb some very nasty shots and stay on his feet. Chito will try to impose his own tempo inside the octagon, and regardless of the opponent’s tactics, he will stubbornly stick to his game plan.

Cruz was the two-time UFC champion. Upon losing the title for the second time, he decided to retire. Cody Garbrandt was better via decision in 2016, and Cruz didn’t enter the ring until May 2020, once he lost to Henry Cejudo via TKO, after a bit shady decision of the judges to stop the fight.

Some believed that he might retire for good, but the Dominator came back and won back-to-back fights. The first was against Casey Kenney via split decision, and the second in December 2021, was vs. Pedro Munhoz via unanimous decision.

Of 24 of Cruz’s wins, 16 were via decision, seven by knockout, and one by submission. He is a tough guy with extremely good cardio whose footwork is probably the best in the entire MMA world. The way he moves and slides is unreal, having some unexpected angles for hitting. That’s why he collects points on the scorecards easily.

What we see as a major plus for Vera are his steady growth and his age. Cruz’s previous bouts didn’t show anything that would force us to think about him as the favorite here. Vera was attractive, confident, and powerful, while Cruz barely defeated Kenney, and did post a win over Munhoz, who is a bit washed out, winning just once in the previous six appearances.

That is why we pick Vera to win on Saturday night. This win would probably put him in the title mix because there aren’t many bantamweights who deserve to be future challengers.