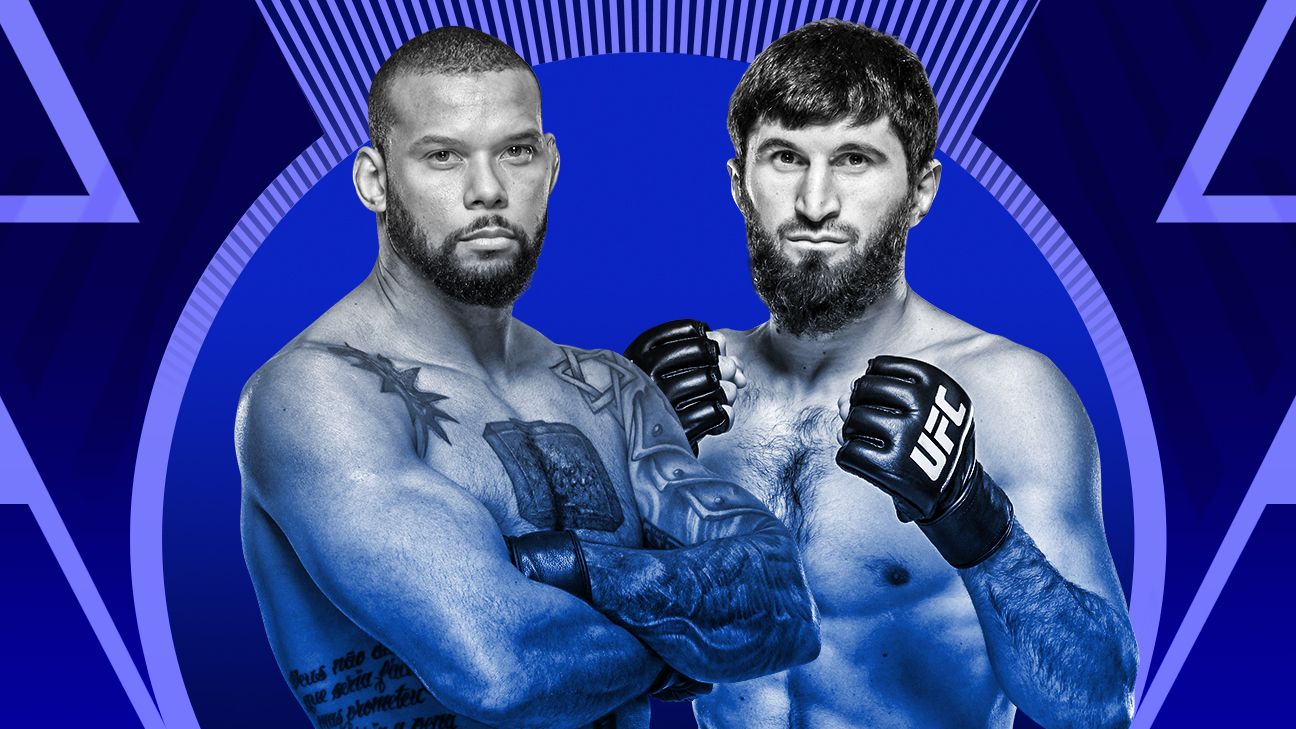 The UFC Vegas 50, which also goes by the name UFC Fight Night: Santos VS Ankalaev, promises to be extremely interesting. Apart from the headliner that draws massive attention, several more bouts also need to be mentioned, and this UFC event could turn out to be one of the best this year, even though it doesn’t have so many big names involved.

Stay tuned with BetXchange here to find out more about the main event.

Marreta, as the fans call the Brazilian and the former challenger, was one of the most dynamic and the most exciting guys to watch in the entire UFC. He would push Jon Jones to the brink and, unfortunately for him, end up on the losing side. On top of that, Santos endured several severe knee injuries that forced him to undergo surgeries and make a pause. Ever since he isn’t as flamboyant as he was.

Though, this is a chance for the 38-year old Brazilian to come back and to shut down all the doubters and critics. He is coming off a decision win over Johnny Walker, which stopped a three-bout losing streak that started in the title match against Jones. After that, Marreta lost to Glover Teixeira and Aleksandar Rakic.

Still a powerful puncher with dynamite in his hands and legs, Santos is a danger for anyone in the division. He is one of the hardest-hitting fighters, and even though his leg kick output decreased, it is hard to resist his attacks. In the meantime, he made certain improvements on the ground, becoming a better grappler, but that is still a much worse area of his skill set.

The Russian is the star in the making. He isn’t as popular as some other fighters in this division, but we personally are more than sure that he has title potential. Only one loss in 17 matches needs to be respected, and on top of that, his overall record is impressive, with six first-round finishes.

After losing to Paul Craig in his first UFC appearance, he won the next seven, taking down guys like Ion Cutelaba (on two occasions), Nikita Krylov, and Volkan Oezdermir in his latest bout. The two latter came following the decision, but we can say that Ankalaev deserved that without the slightest doubt.

This guy is a beast inside the octagon, and as a former wrestler, a close battle is his home ground. The former champion of his native Dagestan in various disciplines is extremely powerful on the mat, but besides that, he has KO power as well, as he posted nine knockouts throughout his career. What we noticed is that his counters are laser-precise and that they produce massive damage for the rivals.

The odds here are on Ankalaev’s side, and he is a massive favorite to beat the Brazilian. Even though we believe that he is better, the oddsmakers did underestimate Maretta a little bit. Still, that won’t change our pick here, which is for Ankalaev to win. Take Ankalaev’s wins via stoppage if you have an opportunity, as we don’t think that Santos can endure his aggressive wrestling and grappling. The Brazilian veteran is on the downhill, while Ankalaev takes over the division rapidly.