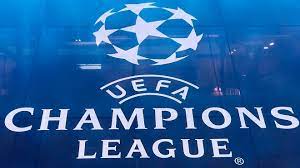 Qualifying for the UEFA Champions league is easy if you are in one of the major European leagues. If you win the league (or often if you finish in second, third, or even fourth place) then you are either automatically qualified for the group stages or only have to win a game or two to get there.

For teams from leagues ranking lower in the UEFA co-efficient, however, the journey is much more brutal and time-consuming. We are at the Second Qualifying Round phase, and teams here still have plenty of work to do to join the likes of Real Madrid and Manchester City in a pool later this season. Winning on either Tuesday or Wednesday of this week would be an ideal start.

Here is a look at the matches on tap this week with BetXchange.

A couple of teams with interesting routes out of the First Qualifying Round meet here. Zalgiris battled all the way to extra time before defeating Kosovan Champions KF Balkani, while Malmo fought through a nonsensical pair of games to dump out Icelandic champions Vikingur Reykjavik 6-5 on aggregate.

Clearly, the visiting side here knows how to score but has no idea how to defend. They have scored a minimum of two times in six of their last seven competitive outings, something that will put them in good stead against a Lithuanian side that does struggle in front of the net at times. Look for the Swedes to find their goalscoring form and win this to take a lead back home to defend in the second leg.

If momentum means anything then Linfield has plenty coming into this one. The Northern Irish side lost the first leg of their First Qualifying Round match 1-0 and was still searching for a goal deep into stoppage time in the second leg. They found that goal in the 94th minute through Jamie Mulgrew, before winning with a goal in extra time.

Bodo/Glimt tried their best to fall out of qualification after a dominant 3-0 win at home in Norway. In the second in the Faroe Islands, they went 2-0 down early before a second-half penalty from Nigerian Victor Boniface put them back on track. They snuck through 4-3 on aggregate.

Having a league season already in progress is a massive advantage here and Bodo/Glimt will prove to have too much match fitness and be too strong for the home side. Away win seems like the choice with the visitors likely scoring a couple of goals.

This feels like the match of the round with the most European pedigree. Olympiacos was a perennial Champions League team in the 90s/2000s and were minutes away from the semi-finals before Juventus came back to knock them out in 1998/99. Maccabi Haifa also has a couple of Champions League group stage qualifications in their history.

Haifa is trying to rebound from an Israeli Super Cup defeat and will look got Australian Nikita Rukavytsya as their main goal threat. Olympiacos have had a miserable pre-season – and no competitive games – winning just two of their eight warmup matches. Feels like it could be a draw at 21/10 with BetXchange.