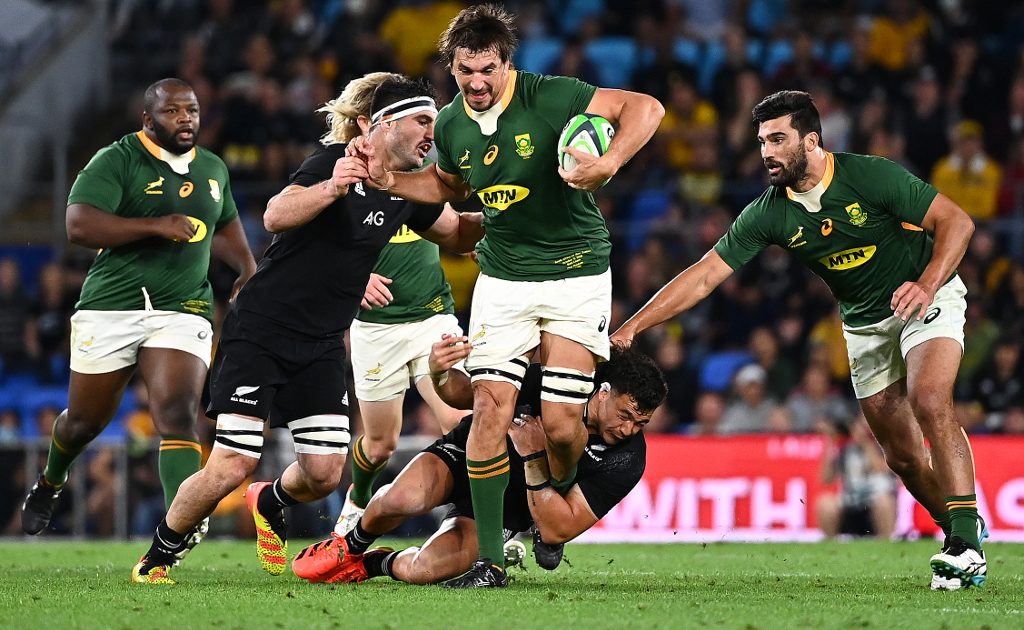 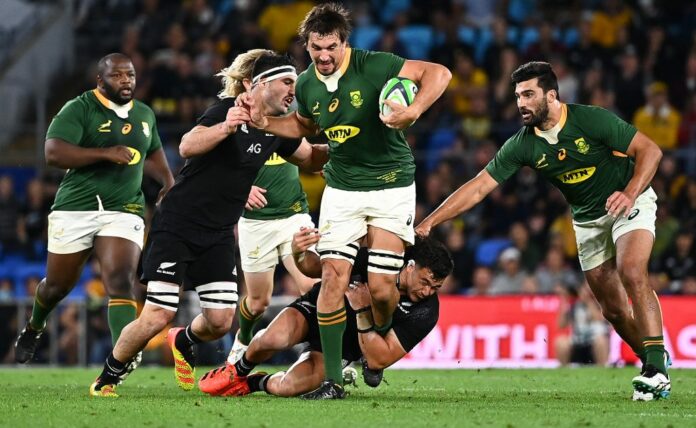 The battle for southern hemisphere rugby supremacy begins with a titanic battle between the world champion Springboks and the All Blacks at the Mbombela Stadium in Nelspruit on Saturday 6 August.

The Springboks head into this clash on the back of a 2-1 series victory against Wales while New Zealand had their ego dented with a first ever series defeat in Aotearoa since 1994 after going down 2-1 to a resurgent Ireland side.

New Zealand under head coach Ian Foster have a 67 percent win record and they have lost four of their last five matches and this could be the end of the road for Foster if New Zealand do not get results in South Africa.

These two teams have a proud rivalry and it is a clash of styles with the Springbok power game up against the pace and skill of the All Blacks.

The Springboks won the most recent match between these two teams 31-29 in Australia in 2021, however South Africa last beat New Zealand on South African soil in 2014 when Patrick Lambie kicked a last minute kick at poles to win the game and the Boks will back themselves and their physical game and the bomb squad to rise to the occasion and set the stage for a successful Rugby Championship with a victory against the All Blacks.

Players to watch for South Africa:

Springbok fullback Damian Willemse is composed under the high ball and he has a good skillset with a neat sidestep and an accurate kicking boot.

Willemse was the hero for the Boks with a last minute kick at poles which won them the game against Wales in the first test in Pretoria and he will be looking to continue his form against the All Blacks.

Lock Eben Etzebeth was immense in the third test against Wales and he will be looking to win the Boks front foot ball in the lineouts and take the game to New Zealand in the physical exchanges.

Players to watch for New Zealand:

New Zealand flyhalf Beauden Barrett has the skills to cause havoc among would be tacklers and he will be vital for the All Blacks.

Lock Sam Whitelock has over 100 test caps for New Zealand and his leadership and experience will be key against the Boks.

Pick: Springboks win by 0.80 at BetXchange