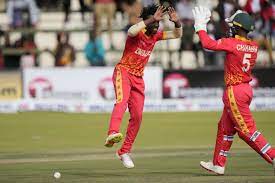 We said in our preview of the T20Is that while Bangladesh was historically the better team, Zimbabwe was in by far the better form. That was why we didn’t think a punt on the hosts was wasted money and that proved to be dead on. Zimbabwe won the first T20I – their sixth straight win in the format – before also taking the last of the three matches to claim their first ever T20I series win against Bangladesh. The question now is if they can carry that white ball momentum into the ODI format.

There were some notable performances throughout the T20I series that give good indicators as to who is currently in form. Wesley Madhevere – a player picked out as one to watch before the series began – hit an unbeaten 67 from 46 balls as the hosts elected to bat and cruised to 205/3 against some abject Bangladeshi bowling in the first T20I.

The star of the second match – ironically given how the first went – was a Bangladeshi bowler. Mosaddek Hossain had quite the bowling performance as he took figures of 5/20 from his four overs. It was his first five-wicket haul in a T20I and it was his performance that caused Zimbabwe to stutter their way to 135/8. This was a much more manageable target for Bangladesh with Litton Sad top-scoring with 56 as their reached their target with seven wickets to spare.

The third T20I was a tense one. Zimbabwe won the toss and elected to bat for the third time out of three in the series. Ryan Burl slogged an impressive 54 from 28 balls as they put up a reachable 156/8. Burl’s total is even more amazing when you realize he smashed 34 runs IN JUST ONE OVER. Their bowlers, however, dug in, and Bangladesh never looked like having the run rate needed as they fell 10 runs shy of the total from their 20 overs.

The Chevrons haven’t won a ODI series against Bangladesh in nine years but they will perhaps not have a better chance for another decade. This is a new style Zimbabwe squad, one playing positive cricket that succeeded by playing off of the front foot in their first ever bilateral win over a full member in T20Is.

I wouldn’t expect much to change here. There will be some movement in and out of the squad, but this is a Zimbabwe team that – for once – knows how to win cricket matches.

The big news is that T20I captain Nurul Hasan will miss the rest of the tour after suffering a finger injury in the second match. It was a tough blow for Hasan, especially since he had just been named captain of the team for the first time on this tour.

The criticism back home has been real. Former players have hit out at a perceived lack of adventure from the batters with the phrase “no one even tried to hit a six” being used often to describe the final T20I. It will be very interesting to see what the response is here.

It is weird how the white ball games can differ so strongly. Bangladesh is actually No. 2 on the ICC World Cup Super League Standings and has won 12 of their last 18 in the ODI format. Zimbabwe is second from the bottom with 12 defeats in their last 15 matches. I expect Bangladesh to do more than enough to win here.