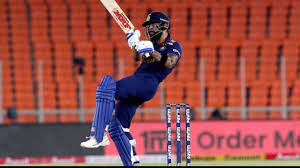 We knew that this series was going to get off to an unusual start with England playing their 10-month delayed 5th and final Test of their 2021 series against India in Birmingham before the short-form contests between the two nations could begin.

The break was massive for England – the entire Test setup is new after a woeful time during the Covid/early post-Covid years – and that proved to be the case as they stormed to a win by 7 wickets to tie a series 2-2 that they almost certainly would have lost 2-1 if the 5th Test had been played at the time it was originally scheduled.

This tour for India will consist of three T20Is followed by three matches in the 50-over ODI format. The T20Is are especially important to each side as they are working on finding the combinations that will carry them through at the T20 World Cup later this year in Australia.

The Rose Bowl is a ground that England traditionally does well on in the T20 format. They have lost just one match at this South Coast venue since 2017, though that was against the touring Indians in 2018. This is also a series that is close historically. England and India each have a record of 8 wins and 8 defeats against either other in T20 matches all-time.

It is worth noting that while England was successful in the 5th Test, that result will have very little to do with this 1st T20I. Neither side has a single player from their Test squads set to play in this one, so aside from the confidence that comes with winning and the intangibles of that opening tour result, nothing from that match is particularly relevant.

Both squads are using this as a chance to test some of their bench depth with the World Cup in mind. England won the Test with a run chase of 37 (their highest ever) and was pushing five runs an over in the process. Look for them to turn on the style here and slog their way to an attempted win.

With the great Eoin Morgan having drifted into retirement, this will be the first game as full-time captain for successor Jos Buttler. Look for some focus to be on 34year-old debutant Richard Gleeson, a right-arm seamer who may have timed his form for a perfect fairytale ending with the World CUp just three months down the road.

India does have one player in this match that would have been a Test match starter if not for a Covid-19 positive the week before the contest. Rohit Sharma will slot straight in at the top of the order, likely with Isham Kishan. Watch out for Deepak Hooda at No. 3. He was outstanding against Ireland and is doing an outstanding job of providing pop to the batting lineup as soon as he takes his place at the crease.

Don’t be shocked to see the team batting forest win here. It has happened in five of the seven T20 Blast games on the ground this season as the long boundaries tend to keep scoring lower than in many T20 matches. If I had to lean, I would take England, but don’t be shocked if Sharma stars and India find their way to fight for an upset.