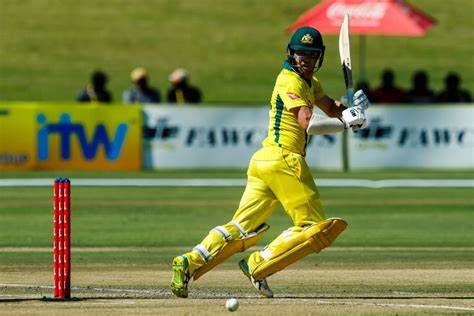 The Australians really are an outrageous price to win this on BetXchange given that it is a two-horse race. It says everything about how dominant the Aussies have been over the course of the first two ODIs. It also says how bad Zimbabwe has been as BetXchange cannot price Australia high enough here to sweep the series.

The number of runs that Zimbabwe scored in the 2nd ODI. Australia bowl out the tourists for just 96 runs in 27.5 vers. The only obstacle at all was Sean Williams, who put up 29 runs off of 45 balls. Take Williams out of the equation, and this would have been even more ugly.

The number of overs it took Australia to run down that target. Steve Smith top scored with an unbeaten 47 from just 41 balls as the top order made light work of the target that they were set. Richard Ngarava was the only bowler who was able to make an impact – his figures of 2/16 from four overs were very respectable – but the rest of the Zimbabwe bowling attack was torn apart.

Regardless, it is hard to defend a target when that target didn’t even hit double digits.

The combined number of wickets that Australia has won the first two matches in the series. Both matches followed the same format – Australia won the toss and elected to field – so don’t expect any change in strategy if the hosts once again guess the correct side of the coin and win their third toss on the bounce in Townsville.

Smith has been the best batsman on show in this series, and he will be looking to take that form into the third ODI. He has scored 95 runs across the first two matches, and his knock in the second would have been much higher if the Aussies had batted for even a third of their innings.

I wouldn’t expect any changes to a winning side, especially with a series against rivals New Zealand just around the corner.

Zimbabwe needs much more from Sikandar Raza. Zimbabwe has plenty of injury and form issues, but Raza was the playing coming into the series that they were counting on. The all-rounder hasn’t been at his best with either the bat or the ball, leaving way too much responsibility on the shoulders of Wesley Madhevere. His 72 in the first match is the type of batting performance that the tourists will need to sneak a win here.

Betting the total here doesn’t make much sense. Zimbabwe was obliterated just a couple of days ago, and with little ability to change up the team – and with confidence likely to be shot – a win seems unrealistic at best.

Props are always more interesting in this kind of match. I like the total match sixes to be over 7.5 (8/10 with BetXchange) as I think the only way that Zimbabwe can stay in this is to be aggressive with the bat.