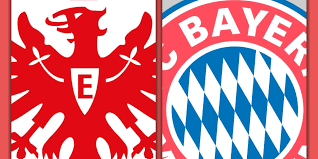 The start of the Bundesliga brings a major clash between the reigning champions and the undisputed rulers of German football, Bayern Munich, and the hosts, this year’s Europa League winner, Eintracht Frankfurt. The Eagles are fired up before the start of this campaign, boosted by the recent success and the prospects of playing in the UEFA Champions League. Meanwhile, Bayern has dominated the Bundesliga for the past ten years, and they are all about continuing at the same pace, securing more trophies, and, if possible, reaching the European title.

The Eagles have a few things on their mind, and the most important is the status of their key player, Filip Kostic, who has several offers to leave Frankfurt. The most notable are West Ham’s and Juventus’, with the Serbian still evaluating his best option. This unease the fans, who know that the No.10 is their top star and playmaker.

Eintracht has been almost perfect throughout the preseason period, winning three games and posting one draw. Their victims were Aschaffenburg, Torino, and Walldorf, while the only draw was against LASK, 0-0.

Oliver Glasner’s guys opened the competitive part of the year with a 0-4 win over Magdeburg in the DFB Pokal, further gaining a swing before the big game against Bayern. It was the third consecutive event counting the preseason ones, in which Eintracht scored three or more goals.

For the moment, the only player who is injured is Buta, and he is ruled out, while Onguene sits as doubtful.

The Bavarians demonstrated their raw power in the German Super Cup, smashing RB Leipzig on the road, 3-5. This was a perfect way to silence all those who doubted Nagelsmann’s unit following Robert Lewandowski’s departure.

Bayern went to the USA to play two friendly games during the preseason, one against DC United, 2-6, and the other VS Manchester City, against whom they lost 0-1, losing for the first time to Erling Haaland.

The German champions didn’t change their style of play after Lewa departed from the Allianz Arena. They are still ultra-offensive and aggressive and want to impose a high tempo in the midfield, with lots of running and quick ball movement. Sadio Mane adjusted to the new team perfectly, and the Senegalese seemed to bring a new dimension to the Bavarians’ attack.

Bayern has certain injury troubles, with Kingsley Coman and Leon Goretzka out, and with Eric Choupo-Moting and Bouna Sarr questionable, but that won’t be too big of a deal for Nagelsmann, who has enough replacements.

Eintracht is one of the rare teams in Europe who has managed to trade some blows with Bayern and post a few wins against the Bavarians in the past few years. We all remember a 5-1 defeat in late 2019, and last year, we saw the Eagles winning at the Allianz Arend, 1-2.

Later that season, Bayern responded in Frankfurt, winning 1-0. Yet, the year before, Eintracht was better at home than the big rivals, 2-1, so we might say that Bayern isn’t feeling comfortable against this unit like against most of the Bundesliga opponents.

This should be a fun game to watch because Eintracht doesn’t have an inferior attitude against Bayern like other German teams. Plus, the hosts will be heavily motivated to win, because this is their first home game following the Europa League title. On the other side, Bayern is coming to win, and not only that, but to make a statement, and all this suggests that it is best to pick both teams to score over 2.5 goals.

We expect an open game with lots of chances and goals because of the winning ambitions both teams have.