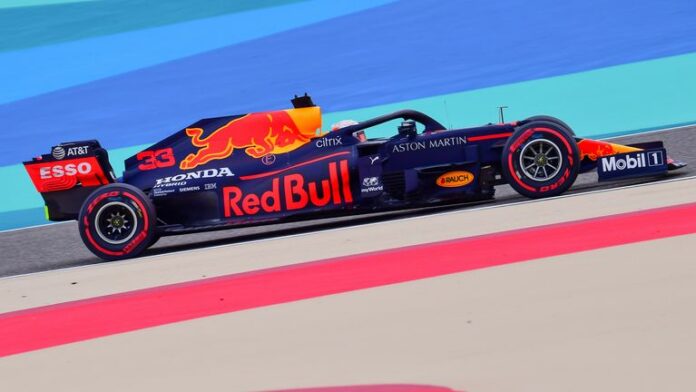 The third race of the 2022 F1 season gets underway in Melbourne, with the title race neatly poised already. Ferrari and Red Bull are the early season front runners, with Charles Leclerc and Max Verstappen sharing the two race wins so far this term. Lewis Hamilton’s relative demise into the middle of the pack suggests that Mercedes aren’t quite ready to challenge at the top of the tree this season but discarding the great Brit is always a dangerous game. Seeing the Australian Grand Prix return promises to be one of the highlights of the campaign, with the race being a turning point in the calendar back in 2020 at the sharp end of the COVID 19 pandemic and there hasn’t been ‘Lights Out’ in Melbourne since 2019.

It is the third race of the season and all of the drivers on the grid will be looking to build on their early campaign form in Melbourne: –

Defending F1 world champion Max Verstappen picked up his first win of the campaign in impressive fashion in Saudi Arabia and he looks to be the man to catch this term. Red Bull always produce quick cars and their prominence at the top end of the grid looks to be a permanent fixture this season already. Conditions in Melbourne should suit Max Verstappen and although he may not have it all his own way, he looks a good shout to make it 2 wins in a row here in Australia.

Following his opening race of the season win in Bahrain, Charles Leclerc will be full of confidence as he arrives in Australia. Ferrari have produced a genuinely quick car this season and there is genuine cause for optimism within the Italian side this term. Despite coming out on top in race one, he was taught a bit of a lesson in cat and mouse racing in Saudi Arabia by Verstappen, and he will be keen to showcase his worth from the off here in Australia.

Fellow Ferrari driver Carlos Sainz looks to be the forgotten man in the grid this season and the Spaniard is riding the crest of a wave in his super quick car this term. He appears to have a great working relationship with Charles Leclerc within the Ferrari team and the world is their oyster it seems this term and Sainz has pace to burn – ideal on the Melbourne Park circuit.

Getting early points on the board will be the ultimate priority for every driver on the grid and as always, this race in Australia presents the perfect opportunity to kick on this term:-

Speed as always is king in Formula 1 and Red Bull clearly have a super quick car again in 2022. Sergio Perez will be looking to continue excelling in his role as the number 2 driver for the team and he has impressed again so far this term. The Mexican is a consistent performer, and he should relish the driving conditions down under.

Young Brit George Russell has been drafted in at Mercedes from Williams, and he has been earmarked for a great future in the sport. Despite not having a car to compete at the top of the grid in recent seasons, Russell has proven he has the driving credentials to compete at the highest level. Back to back top 5 finishes for his new team suggest that he is ready for the challenge ahead and he should go well again here.

It has been a strange start to the campaign for Kevin Magnussen, who was drafted in at former team Haas at the eleventh hour. That lack of pressure and expectation seemed to pay dividends as the Dane has notched points in both his outings so far, suggesting that he has returned to top level Formula 1 refreshed and ready to go. He could be well positioned to challenge once again in Melbourne this week.